Ok, I know it's not Monday, but I thought I ought to let folks know that I'm moving to a new blog.  Well, I might still come here and vent once in a while.  That was always the purpose of this particular blog.  And that just won't fit with the new direction I need to go for my career.

So, if you want to keep up with that, come see me at A Novel Idea  Granted, not the most creative blog title ever, but for the time being it fits.

I just had my first Google+ Hangout today, which was pretty darn cool!  Ever since my birthday, life has just been one adventure after another.  I'm not sure what was special about this past birthday, but I'm not minding what life is bringing me!

So it was Jeff Roach from Sociallogical.com and it's about building a community of like believers etc. instead of traditional marketing.  I'll end up signing up for their membership eventually, once Justin gets done working on his truck.  Well, that might never happen...he's always working on one vehicle or another!  But once that gets settled down, because I can learn on my own - I just need a few pointers to get me headed in the right direction.

One thing I took away from the Hangout was that I'm on the right track by beginning to blog again.  He used an example of another author blogging about their area of expertise.  Even though I write fiction, that's still something I can do to.  I might not be an expert in anything, not even in writing, but I am an expert in my own writing LOL

I've been writing since I was in the third or fourth grade.  I can remember my first stories...they were 'fanfiction' for a tv show I really liked back then.  "Airwolf".  Oh my goodness...I had such a childhood crush on the guy that played Stringfellow Hawke, Jan-Michael Vincent!  My writing has gotten much better since then...thank God!  All by villains were names "Bad John" or "Bad Kelly" etc.  While of course their counterparts were "Good John" and "Good Kelly"  LOL

So, "Farmer's Daughter" the novel I so impulsively self-published...because I decided I believed in it.  It is actually based on a dream I had in either 1997 or 98.  I really don't remember which, just that I was still working as a nurses aide when I was doing the first free writes for it.  It changed drastically from those first free writes, and that's a good thing.  The original idea had Craig being hesitant to build a relationship with Angela because he was afraid of a sexual discrimination lawsuit, but out of the free writes evolved the idea that it was actually because he'd been sexually molested as a teen.  Some of the villains were re-"casted" since then as well...which is going to turn out to be really cool in the long run.

After I finished it, about 2005ish according to my email records, I hit writer's block.  I had ended it in a cliff hanger - the kidnapping mentioned in the synopsis, and then I hit that brick wall.  Well crap, now what?  I tried starting a sequel, but didn't get anything.  I was able to write a few poems here and there, but it was like the pond had dried up.  So, I let it sit idle in my email until last April when I decided to download it and reread it to see if it was any good.  And it was, it is.  But I still didn't like the ending.  So, I tacked on a new ending, that went a different direction and opened the flood gates not just for a sequel but for a series of either 3-5 books.  It'll probably be 5, but I don't want to bore people so we'll see.

For right now, I think I'll stick to the Monday/Thursday posting and see how it goes.  Back in the old days, I used to write a blog post everyday.  Not sure I have the time for that anymore.  Still learning, which is good.  :)

For now.  I have to go make supper! 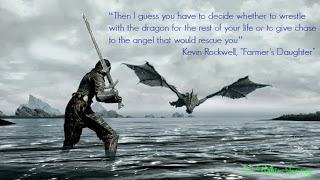 So I read this advice article about how to make the most of your blog.  It said something about posting about twice a week, preferably on Mondays and Thursdays.  Not sure why she said those two days, but it sounds like a plan to me!

I'm still trying to figure out ways to get my novel out there so that it sells.  Everyone who has spoke to me about reading it tells me the same, that it's a great book, they can't put it down and they want more!  Encouraging, definitely!  And you know what?  I'm glad I'm not the only one that these characters speak to!

Last I checked, I had four reviews on Amazon.  I know who three of them are, my one sister, a friend at work, and a friend here in the trailer court.  Of course, that one has to make a big deal about how she got to read it before it was published.  Talk about tooting her own horn!  Apparently she doesn't realize she wasn't the first, just the most recent!  Oh well, whatever makes her feel good I guess.

Farmer's Daughter, available for Kindle and as a paperback, is a mix of genres...a little Romance, a little Urban Fantasy. 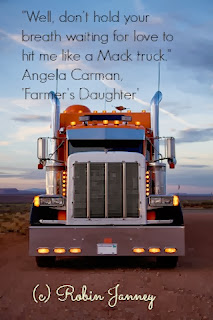 Well, there is now a paperback version of my novel available.  It can be purchased directly from CreateSpace Here and will be available on Amazon.com as well.  I don't have a link there yet as it's not up yet.

idk what else to say really.  I'm excited, nervous all at once.  It's a good book, I've gotten plenty of good reports from people on Facebook who've read it.  A lot say that they can't put it down.  I'm glad to know that I'm not the only one who can't pull themselves out of the story once they start reading it.  Craig and Angela's life consumes me...scenes from their life together just keep replaying in my head.  Makes work go by a little bit quicker. lol

Of course, it's frustrating at work, because I have all this great stuff floating around in my head and I no longer dare write on the back of my breakdown sheet during the 'slow times' because the bosses are getting anal about who'd not working hard enough during those times.  Really?  Where are those pricks when we are busting our asses to get the product off the line?  When I have to pull my stuff and my neighbor's stuff because she's off on the other side getting leakers off the line because we're freaking buried with them?  Where are they then?  Oh, they don't care then.  God forbid we ever get a break.  They tell us to take 'micro-breaks' as often as possible...but just don't get caught doing them.  Sorry for the rant but I have really low respect for supervisors and bosses who NEVER jump in and help when the going gets rough and cracks the whip when the going gets easy.

But, I'm home now...relaxing with the hubby who loves me and is proud of what I've accomplished.  He has such great expectations of me :) 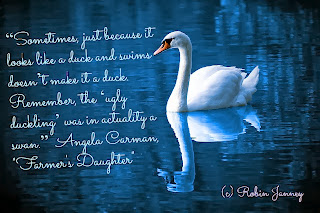 Well, my days have certainly been exciting recently.  Ever since I got married, I've been doing all sorts of impulsive things lol

Not only is my novel available on Amazon.com for $3.50 Farmer's Daughter but it will be available in paperback too once I get the proof copy, well, proofed.  It should be in the mail as early as next Monday.

Free this week, my novel:  Farmer's Daughter by Robin Janney 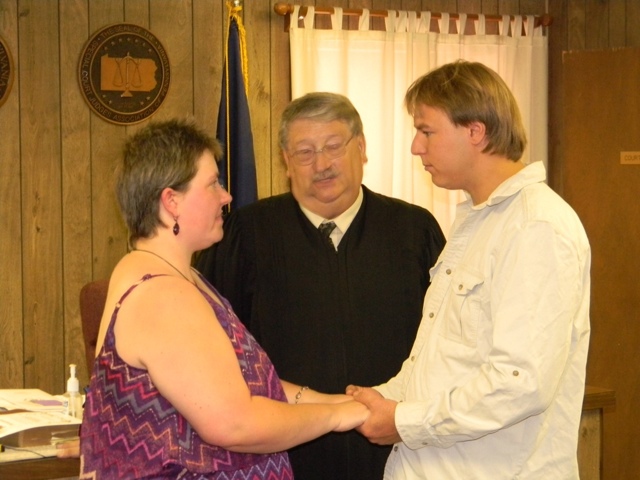